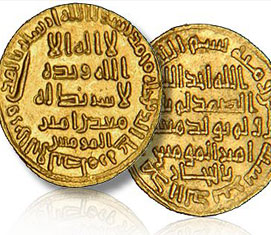 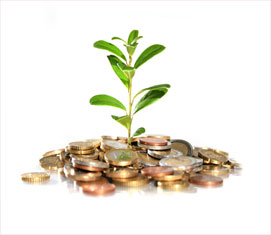 [This article was published in the 10th issue of Nida'ul Islam magazine, November-December 1995]

For millions of Muslims, banks are institutions to be avoided. Islam is a religion which keeps Believers from the teller's window. Their Islamic beliefs prevent them from dealings that involve usury or interest (Riba). Yet Muslims need banking services as much as anyone and for many purposes: to finance new business ventures, to buy a house, to buy a car, to facilitate capital investment, to undertake trading activities, and to offer a safe place for savings. For Muslims are not averse to legitimate profit as Islam encourages people to use money in Islamically legitimate ventures, not just to keep their funds idle.

However, in this fast moving world, more than 1400 years after the Prophet (s.a.w.), can Muslims find room for the principles of their religion? The answer comes with the fact that a global network of Islamic banks, investment houses and other financial institutions has started to take shape based on the principles of Islamic finance laid down in the Qur'an and the Prophet's traditions 14 centuries ago. Islamic banking, based on the Qur'anic prohibition of charging interest, has moved from a theoretical concept to embrace more than 100 banks operating in 40 countries with multi-billion dollar deposits world-wide. Islamic banking is widely regarded as the fastest growing sector in the Middle Eastern financial services market. Exploding onto the financial scene barely thirty years ago, an estimated $US 70 billion worth of funds are now managed according to Shari'ah. Deposit assets held by Islamic banks were approximately $US5 billion in 1985 but grew over $60 billion in 1994.

The best known feature of Islamic banking is the prohibition on interest. The Qur'an forbids the charging of Riba on money lent. It is important to understand certain principles of Islam that underpin Islamic finance. The Shari'ah consists of the Qur'anic commands as laid down in the Holy Qur'an and the words and deeds of the Prophet Muhammad (s.a.w.). The Shari'ah disallows Riba and there is now a general consensus among Muslim economists that Riba is not restricted to usury but encompasses interest as well. The Qur'an is clear about the prohibition of Riba, which is sometimes defined as excessive interest. "O You who believe! Fear Allah and give up that remains of your demand for usury, if you are indeed believers." Muslim scholars have accepted the word Riba to mean any fixed or guaranteed interest payment on cash advances or on deposits. Several Qur'anic passages expressly admonish the faithful to shun interest.

The rules regarding Islamic finance are quite simple and can be summed up as follows:

a) Any predetermined payment over and above the actual amount of principal is prohibited.
Islam allows only one kind of loan and that is qard-el-hassan (literally good loan) whereby the lender does not charge any interest or additional amount over the money lent. Traditional Muslim jurists have construed this principle so strictly that, according to one commentator "this prohibition applies to any advantage or benefits that the lender might secure out of the qard (loan) such as riding the borrower's mule, eating at his table, or even taking advantage of the shade of his wall." The principle derived from the quotation emphasises that associated or indirect benefits are prohibited.

b) The lender must share in the profits or losses arising out of the enterprise for which the money was lent.
Islam encourages Muslims to invest their money and to become partners in order to share profits and risks in the business instead of becoming creditors. As defined in the Shari'ah, or Islamic law, Islamic finance is based on the belief that the provider of capital and the user of capital should equally share the risk of business ventures, whether those are industries, farms, service companies or simple trade deals. Translated into banking terms, the depositor, the bank and the borrower should all share the risks and the rewards of financing business ventures. This is unlike the interest-based commercial banking system, where all the pressure is on the borrower: he must pay back his loan, with the agreed interest, regardless of the success or failure of his venture.

The principle which thereby emerges is that Islam encourages investments in order that the community may benefit. However, it is not willing to allow a loophole to exist for those who do not wish to invest and take risks but rather content with hoarding money or depositing money in a bank in return for receiving an increase on these funds for no risk (other than the bank becoming insolvent). Accordingly, under Islam, either people invest with risk or suffer loss through devaluation by inflation by keeping their money idle. Islam encourages the notion of higher risks and higher returns and promotes it by leaving no other avenue available to investors. The objective is that high risk investments provide a stimulus to the economy and encourage entrepreneurs to maximise their efforts.

c) Making money from money is not Islamically acceptable.
Money is only a medium of exchange, a way of defining the value of a thing; it has no value in itself, and therefore should not be allowed to give rise to more money, via fixed interest payments, simply by being put in a bank or lent to someone else. The human effort, initiative, and risk involved in a productive venture are more important than the money used to finance it. Muslim jurists consider money as potential capital rather than capital, meaning that money becomes capital only when it is invested in business. Accordingly, money advanced to a business as a loan is regarded as a debt of the business and not capital and, as such, it is not entitled to any return (i.e. interest). Muslims are encouraged to purchase and are discouraged from keeping money idle so that, for instance, hoarding money is regarded as being unacceptable. In Islam, money represents purchasing power which is considered to be the only proper use of money. This purchasing power (money) cannot be used to make more purchasing power (money) without undergoing the intermediate step of it being used for the purchase of goods and services.

d) Gharar (Uncertainty, Risk or Speculation) is also prohibited.
Under this prohibition any transaction entered into should be free from uncertainty, risk and speculation. Contracting parties should have perfect knowledge of the counter values intended to be exchanged as a result of their transactions. Also, parties cannot predetermine a guaranteed profit. This is based on the principle of 'uncertain gains' which, on a strict interpretation, does not even allow an undertaking from the customer to repay the borrowed principal plus an amount to take into account inflation. The rationale behind the prohibition is the wish to protect the weak from exploitation. Therefore, options and futures are considered as un-Islamic and so are forward foreign exchange transactions because rates are determined by interest differentials.

A number of Islamic scholars disapprove the indexation of indebtedness to inflation and explain this prohibition within the framework of qard-el-hassan. According to those scholars, the creditor advances the loan to win the blessings of Allah and expects to obtain the reward from Allah alone. A number of transactions are treated as exceptions to the principle of gharar : sales with advanced payment (bai' bithaman ajil); contract to manufacture (Istisna); and hire contract (Ijara). However, there are legal requirements for the conclusion of these contracts to be organised in a way which minimises risk.

e) Investments should only support practices or products that are not forbidden -or even discouraged- by Islam. Trade in alcohol, for example would not be financed by an Islamic bank; a real-estate loan could not be made for the construction of a casino; and the bank could not lend money to other banks at interest.